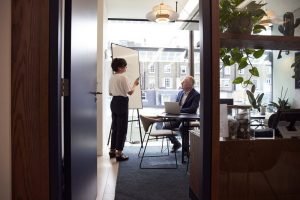 What Is a Communications Strategy?

We live in the era of ‘big data.’ There is more data available than ever before. Every industry has been changed by big data, including elections and public affairs. Political campaigns, PACs, and grassroots advocacy organizations that are not data-driven and are not comfortable with data analytics are at serious risk of falling behind. How should campaigns, PACs, and other political groups use data? One of the most important ways is in developing communication and messaging strategies. The right political data can help you ensure that you know:

Refine Your Strategy with A/B Testing

As an example, many political campaigns and PACs will use a form of “split testing” when they run advertisements on social media. TechTarget explains that split testing is also referred to as “A/B testing.” It involves the target audience being separated into two random groups. When running a split test, the two groups will get a similar message/advertisement—with the exception that one key variable will be changed. For example, choosing two different subject lines for the same email.

A campaign can then evaluate how the response between the two groups varies based on the two messages. Split testing is often used for headlines to help determine which type of language drives clicks/interest from the audience.

Data Behind a Political Communications Strategy

Political data comes in a wide range of different forms. It is both quantitative and qualitative. Some key political data is publicly available, whereas other useful political data is proprietary. It can include everything from historical information about voters to the current opinion of the public. Here is an overview of the data that stands behind an effective political communications strategy:

Every political candidate, ballot initiative, PAC, and political advocacy organization requires its own, well-tailored political data. There is an enormous amount of data available—your organization must be connected with the actionable and reliable political data needed to develop a truly effective communications strategy.

Aristotle Is a Leader in Political Data

At Aristotle, we are proud to set the gold standard in political data. With more than four decades of working with clients across the political aisle, our team is committed to providing accurate and up-to-date data. If you have any questions about the data behind an effective communications strategy, we are here to help! Contact us today to schedule your free demo and take your political data to the next level.