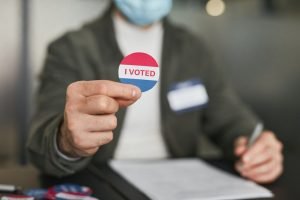 As election day inches closer, every strategic decision by your campaign takes on outsized importance. The pressure to increase voter turnout can be overwhelming due to limited time, money, and energy.

Any political professional knows that the side that turns out their voters has an enormous advantage in a tight race. Identifying the voter turnout problem is easy, but solving it can elude even the most experienced, organized, and well-run campaigns. To help you in your next tight race, read on for a few tips on how to increase voter turnout.

At Aristotle, we provide the foundation for campaigns and public affairs organizations. Through our award-winning data and expert analysis, we help you get to really know your constituents. Aristotle has the tools you need to give you a more robust picture of who your audience is for better relationship-building and micro-targeting. Contact us today to schedule a free consultation or demo! We’d love to work with you.

Why Aren’t Voters Showing Up?

Before we can address the problem of low voter turnout, we need to understand why voters aren’t showing up at the polls.

Although high voter turnout is considered a hallmark of a healthy democracy, the reality can be a bit more complicated. For example, according to the United States Election Project, America’s highest voter turnout rates were from 1840 through 1900. During those sixty years, voter turnout in national elections never fell below 60 percent, with presidential contests averaging nearly 80 percent turnout. But those numbers fail to recognize that the United States explicitly disenfranchised women and minorities from voting at the time. It is hard to reconcile the idea of a Golden Era of voter turnout with the fact that millions of Americans were expressly prohibited from voting.

But if we’re looking to history for guidance on increasing voter turnout, it turns out we don’t have to go very far. According to the US Census Bureau, the 2020 Presidential election saw the highest voter turnout in over a century, with 66.8 percent of citizens casting 159,690,457 votes. We don’t have to dig deep to determine why turnout was so high. Between the uncharted political issues brought on by COVID-19 and one of the most divisive presidential candidates in American history, voters felt the urgency to make their voices heard.

While factors such as states expanding or suppressing voter access are undoubtedly essential and worthy of consideration, campaigns and candidates are usually forced to play the hand they’re dealt. So, from a purely political perspective, how do you increase voter turnout within the existing legal framework?

How to Increase Voter Turnout

Going back to the lessons of 2020, the critical word is urgency. The 2020 election was a confluence of political events that managed to touch the lives of nearly every American.

The challenge for most campaigns is to find a way to capture that sense of voter urgency, but it’s not easy. Despite the rhetoric we hear every cycle, not every election is “the most important election in our lifetime.” So how do you, in essence, recapture lightning in a voting booth?

1. Make your message about the voter by appealing to their self-interest

We may not want to admit it, but voters are motivated by self-interest. There’s a reason why voter registration among women surged after the Dobbs decision overturned Roe v. Wade; many women were fueled by a desire to make their voices heard on the issue of abortion.

Too often, candidates and campaigns try to define the issues without listening to the voters’ concerns. But unless the voters have a stake in the election’s outcome, they simply won’t be as motivated to vote. One effective strategy is to cast a bit of a wide net with your issue profile, but not so much that you come off as unfocused. By highlighting a few core issues in a way that speaks to the voter’s self-interest, you are more likely to get them to internalize the election and take action by voting.

2. Engage in a variety of ways to maximize your effectiveness

A common mistake for campaigns is limiting voter engagement methods based on broad (and usually inaccurate) generalizations.

“The only way to talk to voters is by knocking on doors.”

Campaigns love to use these kinds of statements to justify their voter contact strategy, but they often ignore that voters are not monolithic groups who all respond the same way to the same type of outreach.

The only absolute is that there are no absolutes. A winning strategy will identify several different methods of voter contact, all running simultaneously and concurrently. Suppose you restrict your outreach strategy to one or two engagement channels. In that case, you will likely end up talking to a small subsection of voters more than necessary while missing out on the vast majority of the voters you need to engage.

You must be careful not to dilute your voter contact methods so much that they lack the frequency and focus to break through, but don’t be afraid to look beyond the conventional wisdom that somehow permeates campaigns. For example, if nobody else is doing robocalls, that’s a space where you can claim all for yourself. Be where your opponent isn’t, and reap the rewards for having that engagement channel all to yourself.

3. Emphasize making a plan to vote

One of the most recent developments in voter engagement is encouraging people to make a plan to vote. On the surface, a voting plan may not make much sense to many people.

You: “Have you made a plan to vote on Election Day?”

Voter: “Uh, I go the polling place, I vote, I get my little sticker, then I go home.”

As silly as it may sound, that seemingly simple interaction can have much more impact than you could imagine. Research shows that by asking voters to verbalize when and how they plan to vote, they are setting up a clear path of action. By politely pressing them to think through the details of what time of day they plan on voting, whether they will vote by themselves or someone else, the voter is subconsciously preparing to follow through with the plan you help them formulate.

Making a voting plan also has several practical benefits. If they’re going to vote in person, do they know the location of their polling place? Do they know the hours the polls are open? Do they need to bring any specific identification? If they’re voting by mail, how do they request their ballot? How long do they have to return the ballot? Where does it need to go? These are all critical pieces of information that low-performance voters likely need to have reinforced if you want to ensure they carry out their civic duty.

Get to Know Your Audience with Aristotle

Increasing voter turnout is a never-ending challenge for political campaigns. There is no single solution, but there are best practices you should adopt as part of an organized and disciplined plan to get out the vote. If you can engage voters on the issues they care about, find multiple channels of engagement to communicate with them, and get them to make a clear plan to vote, you will be well-positioned to reap the rewards on Election Day.

At Aristotle, we are proud to be the leader in political data and campaign management technology. With a comprehensive National Voter File and regularly updated voter lists, we help election campaigns and grassroots political advocacy groups better identify and engage with primary voters. If you have any specific questions or concerns about targeting primary voters, our team is here as a resource. Call us now or send us a direct message to find out more about our campaign management services.