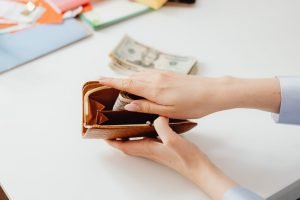 The 2020 general election was the most expensive in history. If this teaches us anything, it’s that fundraising matters in politics. Campaigns that struggle to raise funds will always fall behind. With that said, it’s important to acknowledge one of the most common struggles when it comes to raising funds: donor fatigue, a phenomenon whereby people reduce or stop donations to charities and other organizations.

As a leader in political data, our team at Aristotle is passionate about helping campaigns meet and succeed in their goals. If you’re ready to learn how to make the most of your data, remember to explore our data enriching website, MatchIT. Our online tool will help you increase the value of your data by harnessing the combined power of your database and ours.

Read on to learn six ways you can fight donor fatigue.

Donor fatigue is a real matter of concern in politics. After all, the best predictor of whether or not someone will donate to your campaign or your cause is whether or not they have donated in the past. In general, donor fatigue is believed to be driven, at least in part, by the frequency of appeals. However, the reality is more complicated. Not all organizations feel the effects of donor fatigue equally. Some strategies can be used to limit fatigue amongst your donor base. Here are six actionable ways to fight donor fatigue.

It is no secret that an overly pushy salesperson makes most people comfortable. That effect is probably even more true when it comes to fundraising pitches. Many people want to give money to a cause that they care about. At the same time, no one likes to feel undue pressure—especially when that pressure is being applied by a political campaign. The simple reality is that political fundraisers need to be especially careful about how they develop and hone their pitch. A high-pressure pitch for a donation could sometimes be effective initially—but it is far more likely to lead to serious donor burnout.

Make sure that your campaign is aware of exactly when and how much a particular donor provided. As noted previously, donor fatigue is widely believed to be driven by the frequency at which people are being solicited for donations. That is not to say that your campaign should stop making requests. Not asking for enough funding and/or not asking donors to chip in frequently enough is a major mistake. Still, you want to know a donor’s record. When a donor makes a generous $100 contribution to a campaign that is six months away, calling them a week later to ask for more money is likely to lead to early donor fatigue.

It is easier than ever to ask someone for a donation. Indeed, a significant amount of political fundraising is now done over the internet. Mass emails are common. They can also be quite effective. At the same time, it is also important to make requests for donations as compelling and personal as possible. A formulaic request for a financial contribution can very easily get disregarded—especially so when the recipient has already donated in the past. Generic requests often make donors feel fatigued. On the other hand, a more personal and compelling request for funding is less likely to create feelings of burnout and more likely to get results.

4.    Recognize the Impact of Donors

Imagine that you are a political advocacy organization. Did you receive any specific recognition? If not, then the studies show that you are far less likely to donate to that organization again in the future. On the other hand, if you receive true recognition for your contribution, it increases the likelihood that you will donate again. By recognizing the incredibly important impact that donors make, political campaigns and political groups can reduce the risk of donor burnout.

5.    Be Honest, Transparent, and Specific About Fundraising Needs

A core reason why so many people get burned out with donations is that the need seems to be bottomless. If you have a lot of causes that you care about, you could give money forever. Sometimes it can feel like you are not making a difference. This is especially an issue for larger campaigns or political groups—as donors recognize that their contribution is a relatively small part of the whole. For this reason, it is best to be as honest, transparent, and specific as possible. Explain to your donors what you need and why you need it. When they feel like their contribution will make a difference, they are far less likely to become fatigued.

6.    Continuously Work to Expand Your Donor Base

One of the central principles of political fundraising is that the first donation is the hardest donation to get. The best predictor of whether someone will donate to a campaign is whether or not they have made political donations in the past. The best predictor of whether or not someone will donate to your campaign is whether they have donated to it (or a similar cause) in the past.

That being said, it is incredibly important that campaigns, PACs, and other political groups work to expand their donor base. The greater number of potential donors that have been identified, the less that you will feel pressure to go back to the same source. Along with other benefits, this can be a great way to limit donor fatigue.

Our team helps campaigns, Political Action Committees (PACs), and political advocacy organizations manage their fundraising. We can connect you with the tools and resources you need to better identify and handle your prospects and current donors such as Aristotle Donor Insight, which offers an analysis of your donors. We also provide state-of-the-art campaign management software and other tools to help you better manage your donor base and limit donor fatigue.

Work with the Leaders in Campaign Management

At Aristotle, we have proudly and effectively provided a reliable foundation for electoral campaigns and political organizations since 1983. With extensive experience providing campaign management technology, political data and analysis, we are here to help you address and fight back against donor fatigue. Get the most out of your donors with Aristotle. To learn more about services for campaigns, PACs, and grassroots organizations, contact us today!