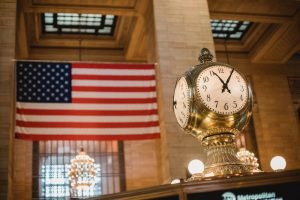 Does it feel like elections take a long time? It’s probably because they do. National Public Radio (NPR) explains that the structure of our electoral system means that campaigns last longer than they do in most other countries. This raises an important question: When should a candidate start campaigning for an election? The short answer: As soon as possible.

At Aristotle, we are committed to being the leaders in political consulting, campaign management software, and political data. Our team of experts will make sure you have the tools, information, and resources to run a successful campaign. If you have any questions, don’t hesitate to contact us to learn more about Campaign Manager, the only three-in-one campaign management software. Read on for a guide to the key things to consider when deciding when to start your campaign for an election.

The Simple Answer: Start Campaigning as Soon as Possible

The most straightforward answer is to start campaigning for political office as soon as possible. Once a campaign is finished, there are going to be people—strategists, lobbyists, potential candidates, top donors, etc.—who are already looking forward to the next election cycle. The process can move especially quickly when there is an election every two years, such as with the U.S. House of Representatives. For seats that last six years—the U.S. Senate—things may not move as quickly as there are multiple election cycles before the next race.

Still, potential candidates and their allies need to understand that major political players are always looking ahead to the next campaign season. Of course, that does not mean that you need to announce your candidacy for 2024 in November of 2022, the day after the election results are reported. Quite the contrary; doing so would certainly be rushing through the process. A campaign starts way before any official announcement of candidacy is made.

Preparation Starts Before a Campaign is Officially Launched

What does it mean to start campaigning? It is a complicated question. You could say that a campaign starts when a candidate officially announces that they are running for office. Of course, a lot of work has to be done before a candidate can make such an announcement. This is one of the primary reasons why it is so important to start campaigning early: The pre-announcement period is a key aspect of running a successful election campaign. Here are some of the key things that happen in the pre-announcement campaign period:

Launching a Campaign: Know the Basics

Understanding the importance of starting early, being proactive, and laying the groundwork, you may still have some questions about what a candidate and their campaign team need to do in the early stages of the election. Among other things this includes:

Aristotle Is a Leader in Campaign Management Software

Campaign Manager™ is Aristotle’s award-winning, cloud-based campaign relationship management platform (CRM) designed by campaign veterans for political and non-profit fundraisers and treasurers. It’s the only campaign three-in-one product for compliance, fundraising, and preparing and submitting accounting and other business reports — eliminating the need to maintain different databases or migrate data into a separate filing product.

At Aristotle, we’ve been doing campaign software since 1983 and we’ve seen it all. Campaign Manager™ is everything you need to run a successful campaign. Contact us today to learn more about how Campaign Manager and our award-winning political data can help you.