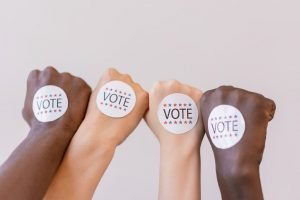 Political primaries are one of the most important aspects of elections in the United States. In a more polarized political environment that has fewer swing voters, primaries decide many elections. For campaigns, navigating a primary can be challenging. As many people do not regularly vote in primary elections, campaigns must be able to find and target the voters who will actually show up. Read on to learn how to target primary voters.

Background: Primary Voters are a Narrow Subset of Eligible Voters

It is no secret that not every eligible voter in the United States shows up for every election. According to data provided by the U.S. Census Bureau, 66.8 percent of citizens 18 years old or older voted in the 2020 Presidential Election—and that was the highest turnout rate in the 21st century.

In 2016, both the Republicans and Democrats had highly competitive primary campaigns. The Pew Research Center reports that 57.6 million Americans cast presidential primary votes in 2016. In other words, just 28.5% of eligible voters helped cast the votes that made Donald Trump the Republican nominee and Hilary Clinton the Democratic nominee.

An even smaller share of voters tends to vote in primaries for federal congressional elections, gubernatorial and other statewide races, and local elections. The simple reality is that primary voters are a relatively narrow subset of eligible voters. Campaigns must be able to identify, engage, and target their message to the people who will show up to vote.

On the surface, finding and targeting primary voters can sometimes feel like searching for a needle in a haystack. The good news is that there are well-honed strategies that campaigns can use to predict voter behavior. Political data can make a huge difference. The most important thing to know about targeting primary voters is as follows: The same people tend to vote in primary elections. While there are plenty of exceptions, a person’s history of voting in party primaries (or lack thereof) is a strong predictor of their likelihood of voting in the next primary election.

How do you know if a person tends to vote in primary elections? A comprehensive and accurate National Voter file—such as the 235 million+ registered voter file from Aristotle—is the best resource. Among other things, a reliable voter file can tell you things like who votes, when they vote (early, absentee, etc), who votes in primary elections, and which party’s primaries a person has a history of voting in. Effective targeting of primary voters always starts with knowing the likelihood that someone will vote in a primary.

An Overview of Political Strategies for Engaging Primary Voters

The data is clear: Engaging your target voters for a primary starts with an evaluation of their propensity to vote in primary elections. From there, your campaign must have an effective strategy to get your message across to these voters. Name recognition is a big factor in primary elections. A candidate that is not well known needs to get their name and message before primary voters as soon as possible. Here are three strategies for engaging primary voters:

At Aristotle, we are proud to be the leader in political data and campaign management. With a comprehensive National Voter File and regularly updated voter lists, we help election campaigns and grassroots political advocacy groups better identify and engage with primary voters. If you have any specific questions or concerns about targeting primary voters, our team is here as a resource. Call us now or send us a direct message to find out more about our campaign management services.