Those of you who know me are aware that I draw a lot of my life lessons from classic movies. Whenever people can’t get along, I invoke ‘The Parent Trap’ rule. Those who have seen the movie will remember when the Hayley Mills (or if you were born after 1985, Lindsey Lohan) characters couldn’t get along, the wise camp director makes them bunk together and eat at an “isolation table.” BAM, instant best friends. 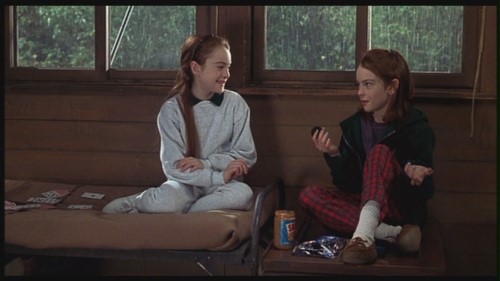 I think this strategy works well in a variety of circumstances, including in political engagement.

Whether you’re trying to get people to turn out to vote in an election or change their mind on a hot political issue, the absolute best way to do this is by spending time with people — talking with them face-to-face. And it’s not just 1960s screenwriters and grassroots professionals saying it; there are honest-to-God academic studies that validate what we already know is true.

This American Life recently did a segment on the impact of door-to-door canvassers in a campaign related to LGBT rights, which was also published in Science. The study found that when voters had a 10-minute conversation with canvassers about transgendered rights, they were more likely to support LGBT rights and laws protecting those rights. These changes in opinion and action lasted for months — all from having a conversation.

Andrew Cockburn echoes these findings in his Letter from Washington in the April issue of Harper’s Magazine. He writes that while TV advertising is both expensive and ineffective, canvassing is the only method that measurably increases voter turnout. Not only that, grassroots outreach is one of the most cost-effective ways to communicate with voters.

As somebody who got into this line of business because I believe building relationships is a vital part of our democracy, these findings could not be more gratifying. Something to keep in mind for the next time you’re having a bad day.