I have posted about embezzlement before, and I’m writing again because campaigns and PACs keep losing money to this largely preventable crime. 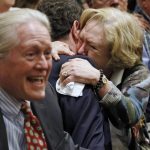 In late April, the FEC released documents in a genuinely tragic case in North Carolina that ended with the murder of a fundraising and political consultant by an associate who apparently embezzled from a client campaign. As strange as its ending was, the case is similar to other embezzlements in that it was committed by a trusted insider and could have been prevented by application of some very basic internal controls. With sympathy to those still suffering, let me offer three lessons, two don’ts and a do, for other campaigns and PACs

1. Personal Trust: Don’t bet a campaign on one individual

Politics is a personal business and politicians want people they can trust: the sort of folks you can rely on to have your back in a bar fight. In this case, the apparent embezzler was a business partner, friend, the best man at the wedding of the woman he murdered, and a boyhood friend of her husband — who he also tried to kill.

No matter how long a candidate, campaign manager, fundraiser or PAC director has known someone, no matter what their reputation, everyone is human. People can encounter family crises or face other personal challenges, such as the development of alcohol disorders (7.2 percent of adults according to the NIH) or drug habits, which make dipping into the campaign account seem like the easy or acceptable solution.

Let me stipulate that most political fundraisers operate with the utmost integrity; they would be out of business otherwise. But fundraisers —and their employees — are human too, and it’s a tempting business for anyone who might become inclined (see just above) to skim a little bit. In this case, the apparent embezzler was handling receipts, disbursements and FEC reporting.

The principle that should have been applied here is separation of duties. Campaigns and PACs should not allow the same person to handle both incoming and outgoing funds. And a third person needs to be assigned to prepare or review FEC reports and reconcile bank statements. Had that happened, the embezzlement may never have occurred.

If you think you don’t have the money to hire an independent consultant or firm to prepare your FEC reports, then at least have someone who understands the process review the reports and bank reconciliations. Or, consider what you’ll do when you lose the money you don’t have to embezzlement.

The FEC sent the campaign letters that should have been early warning signs that something was amiss. However, the letters went to a campaign P.O. Box that only the apparent embezzler had regular access to. The FEC prefers to send notices by email and allows campaigns and PACs to designate two email addresses to receive all correspondence. Every campaign and PAC should file a second email address that is actually monitored or used by someone with oversight responsibilities. You can also use an email address or group email that is received by multiple individuals. Had that happened here, the treasurer probably would have been asking questions sooner than he eventually did.

You’ll find a more comprehensive — but still very achievable — internal controls checklist through the FEC. Perhaps let’s add avoiding being the victim of a violent crime as one more reason to practice internal controls.

Note: I’ll be discussing the current landscape of political finance regulations at the next Aristotle Afternoon event on May 18. If you have the time, please do stop by and I’d be more than happy to answer any questions you may have. You can reserve your spot here.